This article will go through what on earth the trading lingo is for the term “Dead cat bounce”.

You’ll understand that this is something you may hear frequently on market chat rooms and news channels etc. and finally understand what they mean by it.

After reading this article, just hearing the term will give you an idea of a potential trading opportunity!

What is a dead cat bounce in forex trading

A Dead cat bounce is a sudden, short-term recovery from an extended decline in prices that results not from market activity but instead as the result of misleading and temporary buying pressure.

A “dead cat” is from an old saying in trading that “even a dead cat will bounce if it is dropped from high enough”.

Here is what a dead cat bounce looks like:

How long does a dead cat bounce last?

A Dead cat bounce can last anywhere from a few hours to just a day, and it is very short-lived.

Once the market realizes that there was too much activity based on false information or low demand for an item/asset, prices will quickly return to where they were before the Dead Cat Bounce occurred.

Dead Cat Bounces are usually not sustainable and they do little to change the direction of a stock, commodity, or currency.

What Causes a Dead Cat Bounce?

Some bears come to terms with the reality that they just can’t keep on bearin’ for too long and have to reevaluate their positions.

This could be when a market is closing lower consistently but then starts to trade higher, it might be time to take some profits off the table.

A dead cat bounce happens because of two types of traders:

These combined give buying pressure to give the downward trend a brief uptick.

However, many traders follow the trend and would be happy to pick up more lots or shares in the asset because the general overall trend is going down.

Also, many traders would be happy to enter in this pullback of the trend to enter the market for the first time.

How to identify a dead cat bounce

– Dead cat bounce is when the price has fallen significantly and then starts to arise randomly.

– Dead cat bounces are often seen during bear market conditions, after a sudden fall in prices. Traders may take advantage of this opportunity by buying into these assets cheaply

– Dead cat bounce can be identified from a chart, where you’ll see a significant downtrend followed by an upturn. It won’t stay up for long and will keep heading down again in no time at all.

You can tell when it’s appeared when the market continues back in the downward direction after the little “bump”.

Dead Cat Bounce Meaning: How To Use It To Your Advantage

Technical analysts often use the dead cat bounce to predict where a downward trend will continue.

The pattern begins with an upward price movement that may appear like it’s reversing the prevailing trend but is actually just part of this particular continuation pattern after prices quickly drop again below their prior low and become stuck in what appears to be limbo before continuing on its original path down.

The trend can change as traders and investors are getting tired of the way things go.

They might start to look for a new investment or just want their money back because they’ve only been going down this road so far.

When that happens, prices will often rise again which is called rallies when there’s temporary relief from the downward slope in price movement.

Analysts may attempt to predict that the recovery will be only temporary by using certain technical and fundamental analysis tools.

Short-term traders may attempt to profit from the small rally, and longer-term traders and investors might try to use the temporary reversal as a good opportunity to initiate a short position.

Is it possible to spot a dead cat bounce? Even for the most skilled investors, this is difficult.

Downsides of the Dead Cat Bounce

In the stock market, it is very difficult to tell if a rally that follows immediately after a steep decline was just an anomaly or actually a trend reversal.

Some traders mistake dead cat bounces with upswings and don’t realize they have been fooled until too late in the game.

Dead cat bounce patterns are usually only realized after they have occurred and are difficult to identify in real-time, normally.

What is the opposite of a dead cat bounce? Inverted Dead Cat Bounce

This is when the market trades lower very quickly based on little to no information that would naturally benefit the asset.

These are found in bullish trends that have had some longevity in them.

Again, this is caused by traders taking profits and traders looking to jump in at the first time the market looks like it’ll reverse.

Whilst it is continued higher because of the natural market strength and that more buyers have entered the market – thus continuing the trend.

Well, now you know what a dead cat bounce is and how they can play out in the markets.

You learned that it’s important to identify these bounces so that you don’t have any false expectations of when your trades will rebound.

Armed with this knowledge, we hope you feel more confident about investing in the future!

If you found value in this article, let us know by sharing it on social media! 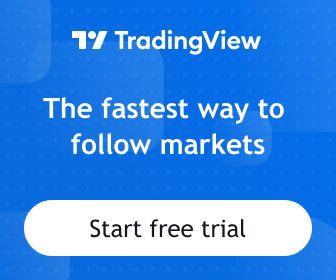